What is an Ethernet switch?

In recent years, accompanying rapid economic developments, innovation regarding repetitive technical operations pace faster day by day. Concepts such as Cloud Computing, Bring Your Own Device (BYOD), Software-Defined Networking (SDN), Internet of Things (IoT), video and big data emerged one after another and triggered demands for an Ethernet with higher density, higher performance, better agility and of larger scale, and thereby brought about a new wave of revolutionary growth in Ethernet Switching Technology.

What’s a Switch? What Purpose and Functions Does It Give?

What is a Switch

A switch is a networking device capable of transferring telecommunication signals. A switch provides an exclusive path of telecom signals between any two network nodes linked by the switch. The most popular is an Ethernet Switch; there are also telephone voice switches, optical fiber switches, and so on.

A switch that combines a phone-call carrying signal, switching class, control, command signals and other functions in a single unit is capable of connecting user wires, telecom circuits and other functional units that need to be connected together in accordance with exclusive user requirements.

Switching refers to the automated transmission of specific data to a corresponding router, manually or using devices, based on the needs of the two communicating ends. A switch, in general meaning, is the device capable of exchanging data in a communication system.

Difference between a Switch and a Hub

The invention of switching technics changed the previous working mode that used a common HUB, therefore substantially improving transmission efficiency of computers in the network system. HUBs cannot differentiate destination addresses, therefore, in a HUB configured network, when machine A transmits data to machine B in the same domain and the packet is sent by broadcast, every terminal will have to confirm its reception by verifying the header bit of the packet.

That is to say, this working method only supports the communication when only one data frame is transmitted in the network at a time; a re-try will be needed if any collisions occur.

Action and Function of a Switch

Forward / Filter: After mapping the destination address of the data frame into the MAC table, the data frame will be forwarded to the port of the linked destination node instead of to all the ports (except for broadcast/multicast frames).

Elimination Loop: An Ethernet switch can eliminate redundant circuits included in the switch by using spanning-tree protocol; it also permits the existence of a standby path.

In addition to connecting the same type of network, a switch can also accomplish interlinking of different network types (such as linking Ethernet and Fast Ethernet). Currently, many switches provide high-speed ports supporting Fast Ethernet or FDD, used for linking other switches in the network and additional bandwidth of key servers that occupy a large bandwidth.

In general, every port of a switch corresponds to an individual network segment. However, in special conditions, we may connect some important computers within the network directly to a port switch. Key servers and important users in the network may get faster connection speeds to support even higher data flow.

Let’s summarize the basic functions of a switch: Just like differences between PCs and industrial control computers, an industrial switch has no intrinsic differences from an ordinary switch. They are all identical in the data linkage layer, the networking layer, and the protocol layer. However, an industrial Ethernet switch has resolved technical issues addressing real-time communication requirements regarding industrial controls as well as network security, intrinsic safety and explosion-proof provisions; it also possesses features adaptable to industrial environments such as waterproof and vibration-proof resistance.

Industrial switches are generally equipped with high-strength metal casings in a fanless heat dissipation construction. Ordinary switches are mostly made with plastic housings and are fan cooled.

Application environments are not exactly the same

Industrial switches have a service lifespan of at least 10 years; ordinary switches only 3-5 years. Since the service life of devices is decisive to maintenance requirements during the engineering period, Industrial switches, or industrial equivalent ones, should be selected for parks, office buildings, parking lots and other environments having video surveillance networks where high-definition video output is a necessity.

The necessity for using Industrial Ethernet switches in industrial sites can be assured by the following:

The MAC layer Ethernet protocol of the CSMA/CD protocol allows conflicts in the network, especially when network loading is excessively high. When a large number of conflicts exist in an industrial network, multiple resent data will occur, substantially increasing communication uncertainty within the network. In an industrial control network, such uncertainties from one place to another will diminish control performance of the system.

The concept of real-time in the industrial control system refers to the measurable reaction time of the system against a certain event. In other words, it means the system must respond within a foreseeable range of time when an event occurs. The industry has strict requirements in regard to real-time data transmission; data updates must be accomplished within a few tens of milliseconds.

Based on the aforementioned mechanism of Ethernet CSMA/CD, data needs to be resent (maximum 16 times) when conflicts occur and this will take more time. In the event of a drop of line signal, even for just a few seconds, the entire production may be brought to a stop, even resulting in safety incidents of both equipment and personnel.

In the beginning, Ethernet design was not purposed for industrial applications. Therefore, when used in industrial sites, harsh working conditions as well as severe inter-line interferences would all lead to diminished reliability. In production environments, if the industrial network lack's adequate reliability, and maintainability, failure of the application program, OS or even the networking system would be triggered when any component in the network fails.

Complicated conditions of worksites have been considered at the very beginning of Industrial Ethernet switch design for further adaptation to industrial environments and better functionality.

Summary: Whether looking at it from aspects of components; power supply design; or heat dissipation methods, the properties of industrial Ethernet switches are much better than ordinary switches. 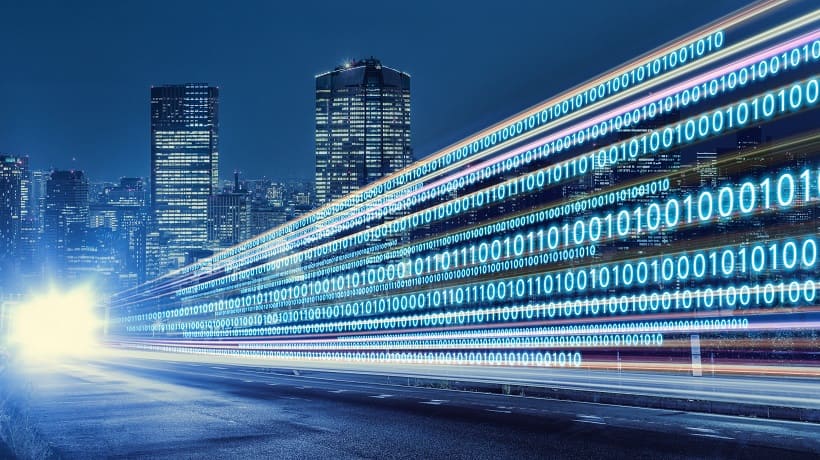 Managed vs Unmanaged – how do users select the most applicable product

Network-managed switches allow the network manager to prioritize data transmission sequences based on types of data, providing comprehensive QoS support to real-time network applications like video conferences and IP phone calls. In a network configured with ordinary switches, data flow cannot adapt to multimedia or special networking applications; data of any type has to queue for transmission.

Via spanning tree and EtherChannel technologies, network-managed switches not only can accomplish linkage of redundancy but can also double the linking bandwidth between devices (switch and switch, switch and router, switch and server), thereby balancing networking load and ensuring the stability of network operations. Ordinary switches, if configured with redundancy, will result in a paralyzed network due to the existence of ring topology. Still, without redundancy, communication of a part of the network, or even the entire network, may be interrupted when any of the wiring, devices or modules fail.

Compared to ordinary switches having no network security features, network managed switches have more outstanding performances in securing data storage and safe visits; they are capable of isolating networks of different departments by way of various methods like VLAN, Private VLAN (PVLAN) and Access Control List (ACL), to refuse visitation to sensitive information by specific users. Furthermore, via the listing of visits, propagation of worm-type virus can be effectively prevented, assess rights of certain users can be prohibited, and network safety can be further secured.

When there are sufficient numbers of computers and communication protocols in the network, many broadcast packages will be generated and severely affect the transmission efficiency. Ordinary switches can only differentiate collision areas, not broadcast areas. Therefore, a single network structure shall accommodate no more than 150 computers. While network-managed switches, via VLAN function, can divide a network into several logical subnets, thereby minimizing the broadcasting range and lifting the transmission efficiency of the entire network.

For a medium to large scale network, it is of equal importance regarding remote monitoring, layout, and management of the switches. Network managed switches, when allocated an IP bit address, may easily realize all these functions. The network manager may manage all the switches in the network, become aware of their operation status, and modify switch allocations based on needs just by sitting in front of their computer. Network-managed switches effectively lower the difficulty and intensity of network management. They not only carry out centralized management via network management software, but can also stack several switches for constituting a single management switch.

Unmanaged switches only have simple data forwarding functions and can perform no network management tasks. These Ethernet switches do not process the data directly, therefore require no setting and are plug-and-play enabled. Unmanaged switches are also called ordinary switches.   Specifically, unmanaged switches have the following features:

How do users select optimal products

To ensure smooth operation of the entire network system, selecting a most suitable switch model is of great importance; then, how do we choose between network-managed switches and unmanaged ones?

> 10 Questions to Ask Before Selecting an Ethernet Switch 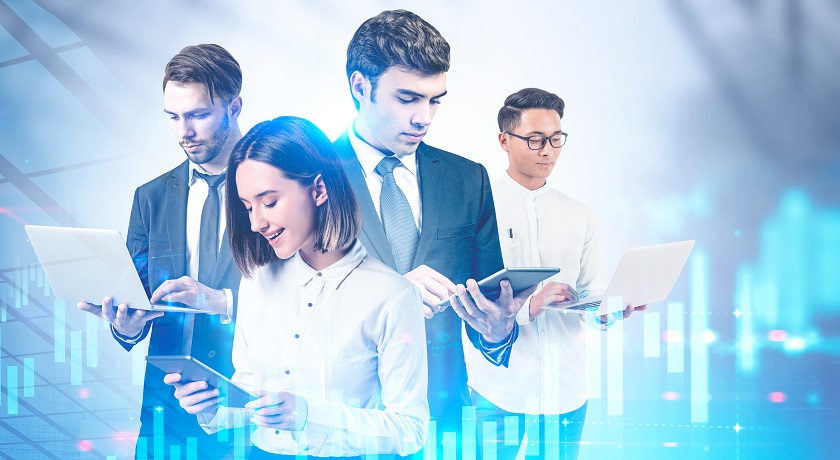 All Advantech Ethernet Switches are industrial grade that meet requirements of various harsh industrial environments and ensure that products work continuously and reliably. Furthermore, this comprehensive product line covers all application requirements for a multitude of application domains.

WebAccess/NMS provides a simple and easy-to-use platform for the user to remotely monitor and manage the network. Capable of industry class centralized network management, the consolidated platform is developed to provide a path to IP-based monitoring, setting, and maintenance devices.