Intelligent transportation is helping accelerate the advent of smart cities and autonomous driving technologies promise to bring huge benefits to transportation infrastructures. Vehicle-to-Everything (V2X) technologies are wireless communications that enable data exchanges between a vehicle and its surroundings and they define the building blocks for all the modules and components needed for autonomous driving. While autonomous vehicles and smart systems acquire data via sensors and cameras, fully intelligent transportation systems obtain optimal solutions by analyzing and processing data directly at the network edge. This dynamic processing forms the basis of V2X, which accelerates the realization of intelligent autonomous transportation

Technologies such as artificial intelligence (AI), big data, and 5th generation mobile networks (5G) have changed our world in significant ways. Global networks and digitalization have accelerated the development of V2X in intelligent transportation and created a disruptive suite of technologies that will bring many new business opportunities.

In Intelligent transportation systems, traffic flow is controlled through a combination of sensing technologies, image analysis, and edge computing for dynamic real-time signaling. This not only reduces traffic congestion and traffic accidents, but also greatly shortens journey times. For example, from 2012 to 2016 in Pittsburgh, PA, more than 50 intersections were fitted with intelligent traffic signal control systems, which reduced travel times by 26% and traffic jams were reduced by 41%, with 30% less braking meaning vehicle emissions were also reduced by 21%.

The three pillars of a V2X intelligent transportation system 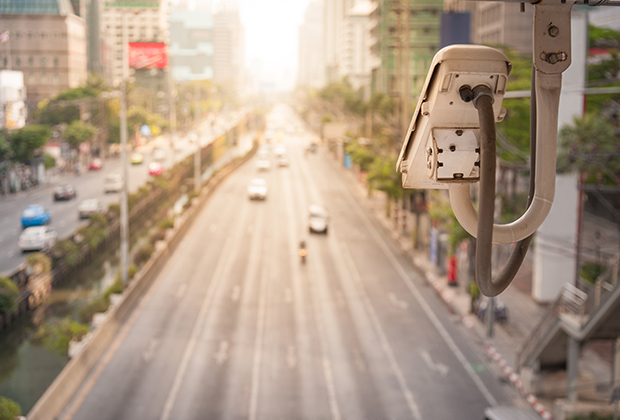 Traffic management identifies and monitors pedestrians, vehicles, and traffic by analyzing all the information captured by multiple high-definition cameras (HD Cameras) placed at the roadside. Video surveillance data is immediately analyzed directly at the roadside to make accurate decisions based on various observed driving and traffic conditions such as the number of cars, congestion, and abnormal driving behaviors. Data is also sent to the command center for further analysis and optimization, decision-making, and strategies for improvement.In order to do all this, powerful edge computing systems with AI are needed to rapidly analyze the massive data sets. They must also be able to support multiple protocols and I/O, and they must be super reliable and durable to withstand harsh outdoor conditions and fast changing temperatures. AI powered hardware must meet the following criteria: 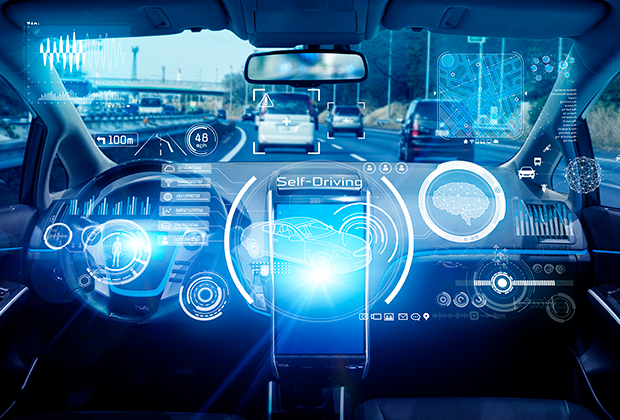 As automotive vehicles become more intelligent, in-vehicle technologies have become much smarter. They combine telecommunications, information technology (Informatics), and vehicular electronic technology to form a complete vehicle telematics system (Telematics). Telematics can facilitate all this, which is why it plays an important role in intelligent/autonomous vehicles, and why it is one of the fastest growing areas in the automotive electronics industry.In 2016, the National Highway Traffic Safety Administration (NHTSA) in the USA proposed the classification of vehicle automation from levels 0 to 5. Currently, the levels of intelligent/autonomous vehicles are between levels 2 and 3. Level 4 vehicles can operate in self-driving mode, and level 5 represent fully automated vehicles.

In recent years, due to the development of ADAS, intelligent/autonomous vehicles are rapidly moving towards level 4 automation, but there is still some way to go to get to level 5. ADAS can continuously monitor the environment around the vehicle, alerting the driver if there are dangerous road conditions present. The operation of ADAS relies on the fast retrieval of data from various sensors so that it can be processed in real time by the automated in-vehicle systems.

The sensors on intelligent/autonomous vehicles must perform flawlessly so as not to put the public in danger. In general, commercially available L2/L3 vehicles are equipped with dozens of sensors and have evolved rapidly in terms of accuracy, response speed, and anti-environmental interference. Mainstream automotive sensors include radar, LiDAR, CMOS image sensors, mmWave radar, and ultrasonic sensors—each with its own advantages and disadvantages.

Radar has good anti-environmental interference capability, but the disadvantage is that resolutions are slightly insufficient.

LiDAR: The price of LiDAR is generally high and sensing results are easily affected by bad weather.

CMOS image sensors can display images directly, but they are easily affected by environmental factors and cannot sense distance information.

mmWave radar offers long transmission distance, stable performance and cost, but its disadvantage is that the resolution, identification, and accuracy around angles are relatively poor.

Ultrasonic sensors sense through sound waves instead of light waves, which gives a relative advantage in sensing transparent objects or highly reflective surfaces (such as metal surfaces), but the disadvantage is that it is easily affected by factors such as airflow and temperature, so it cannot accurately identify the location of targets. 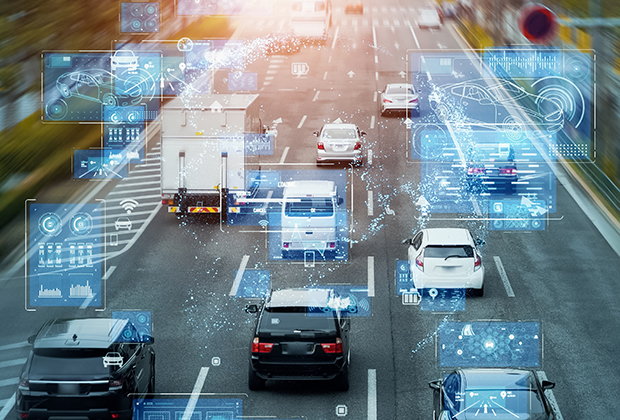 V2X breaks down into several types including vehicle-to-vehicle (V2V), vehicle-to-infrastructure (V2I) communication systems, vehicle-to-person (V2P), and vehicle-to-network (V2N). The underlying communication technologies are further sub-divided into two categories: Cellular Vehicle-to-Everything (C-V2X) and Dedicated Short-Range Communication (DSRC). The former is developed by 3rd Generation Partnership Project (3GPP) and the latter is developed by the Institute of Electrical and Electronics Engineers (IEEE), both of which operate on the 5.9GHz intelligent transportation system spectrum. They are designed to work reliably even in places where there is no cellular network, mobile signal coverage, or lack of network signal.

At present, Europe, the United States, China, Japan, and South Korea have developed C-V2X technology, while DSRC technology is predominant in Europe and the United States only. C-V2X and DSRC have their own advantages and disadvantages. Generally speaking, in terms of networking infrastructure and base stations, C-V2X technology has better effects, while DSRC has been around for a long time, so it is always available. Although the bottom layers (L1-L3) of the two are different, the upper layers can be shared and the two systems can be connected through gateways if necessary.

Although the DSRC developed earlier and the technology is more mature, C-V2X technology can operate within 4G and 5G networks at the same time, so the transmission range is wider than DSRC. It is worth mentioning that C-V2X has lower latency, which is helpful for instant communication and information transmission, especially for intelligent/autonomous vehicles above L3. Due to the advantages of lower construction costs, better scalability, and wider application, C-V2X adoption seems to have surpassed DSRC in recent years.

The continued development of 5G is also conducive to the vigorous development of V2X technology. In recent years, some automakers have cooperated with vehicle operators to integrate base stations (eNB), roadside units (RSUs), and onboard units (OBU) with C-V2X and V2N technology to provide various public services. These collaborations have driven the 5G vehicle networking industry forward and have led to a boom in both 5G and V2X technology adoption.

A comprehensive V2X service must first obtain a vehicle's Global Positioning System (GPS) and vehicle signals. Without V2X, there is no possibility of full autonomous driving, let alone intelligent transportation, and smart cities. However, in the world of V2X and intelligent/autonomous vehicles, the response speeds of the automated driving system is key and the system's response times must be faster than humans. Fast response times depend on a combination of traffic management, ADAS, remote sensing techniques, and C-V2X and/or DSRC integration. V2X can exert its maximum influence only with the full integration of all the combined technologies so that the promise of safe intelligent transportation systems and autonomous vehicles can be fully realized. 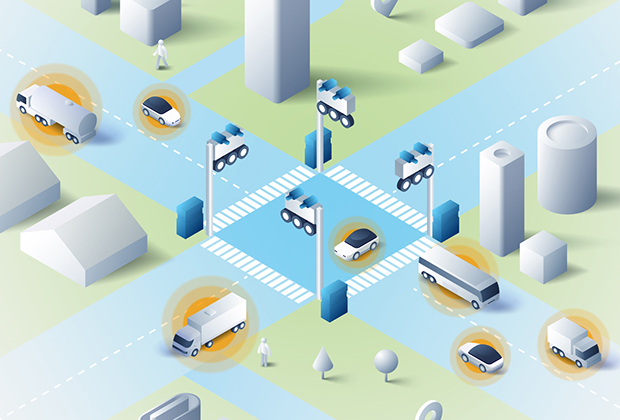