An Advantech customer in Texas was utilizing an EKI-7720G-4F/4FI managed Ethernet switch in its traffic cabinet for L2/L3 networking in traffic management. Recently, there was an accident near the traffic cabinet: an automobile crashed into the traffic cabinet and sandwiched the cabinet between the vehicle and a wooden utility pole.

According to the customer, the damage was very extensive and the entire cabinet folded in like a hard taco shell, but the customer wanted to see how the contents of the cabinet held up. With the help of a few co-workers, three 4x4 boards and a saw, he managed to retrieve the EKI switch.
“I didn’t expect it to power on, but much to my surprise it not only powered on, but I was able to log into it via one of the copper ports,” he said. Other areas were damaged, such as the SFP slots, but he noted that it was “reasonable given the obvious signs of a large amount of force having been applied to the face of the unit.” But also to the customer’s surprise, the damage to the housing unit was minimal. “Kudos on a truly rugged switch,” the customer said.
The EKI-7720G-4F/4FI managed Ethernet switch supports 16 Gigabit Ethernet ports and 4 SFP (mini-GBIC) ports. It can provide users abundant ports to connect many devices. Additionally, it is embedded with Advantech’s IXM function that benefits users with fast deployment and dramatically saves engineers time and cost.
The EKI-7720G series also supports a Network Management System to help IT managers with networking maintenance and failure prevention. Finally, the EKI-7720G series is equipped with X-Ring Pro which can achieve ultra-high speed recovery time to ensure network stability.
Learn more 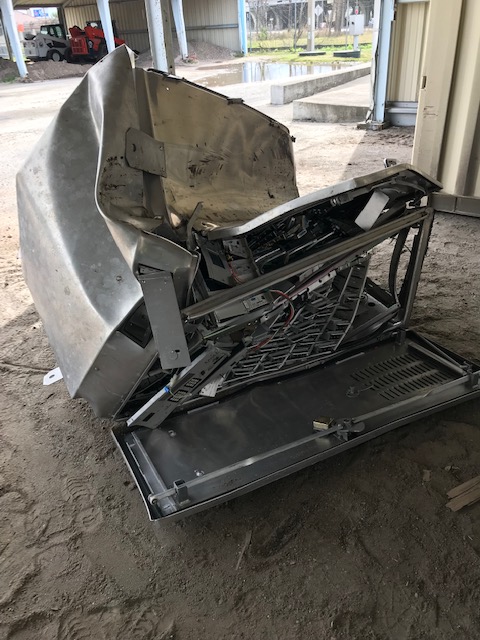