The Trend:
Renewable Energy Is A Fastest-Increasing Source of Electricity Generation

Due to a combination of rising environmental awareness and falling prices, clean energy is currently flourishing. In January 2019, a US Energy Department report indicated that renewable energy — led by solar and wind — will be the fastest-increasing source of US electricity generation over the next two years. A leading American market research company projects that the solar energy industry will grow by 10% in 2019 and 17% in 2020.

As the industry keeps developing, land availability is becoming a significant challenge for companies setting up traditional large-scale solar power stations. Yan-jiun Luo, the manager of Advantech’s China Solar Power Department, stated that “nowadays, an increasing proportion of distributed solar power farms are located in China and most of these stations are in remote areas. In the past, generators could only be maintained through manual inspection. To improve management efficiency, companies now rely on IoT technology to instantaneously collect energy data and check facility conditions.” 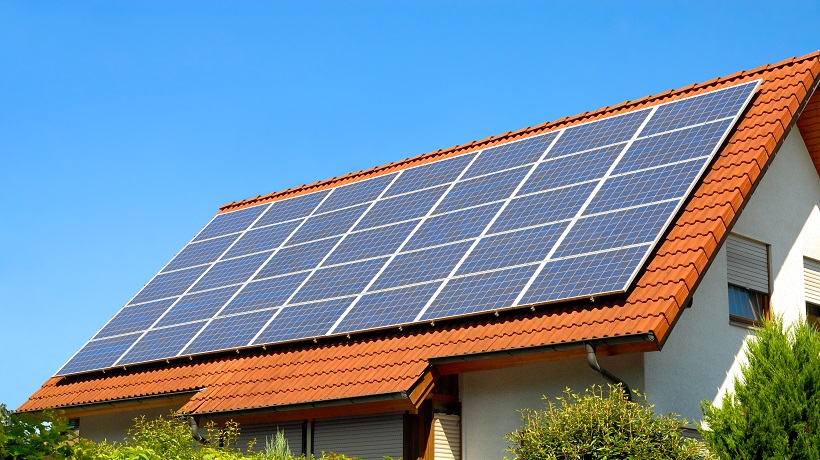 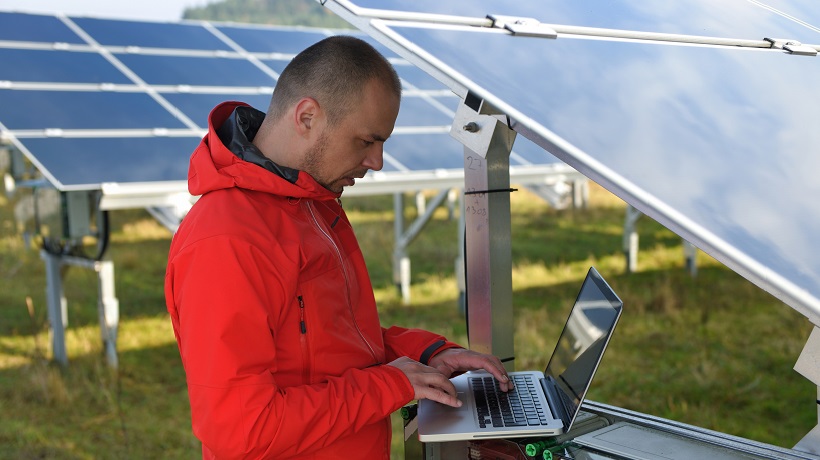 With many solar generator equipment providers operating in a highly competitive market, communication protocols tend to vary between products like inverters, junction boxes, and electricity meters. Data collection thus requires a multi-protocol gateway that unifies energy data on a cloud platform for remote monitoring. In addition to data collection, data transmission is also an important component of the overall process. While supervising videos are usually required for solar power monitoring, they increase costs significantly by taking up a lot of bandwidth. In many cases, fiber optic networks cannot be buried underground due to site limitations. Data needs to be transferred through other sources — such as Wi-Fi and 4G. 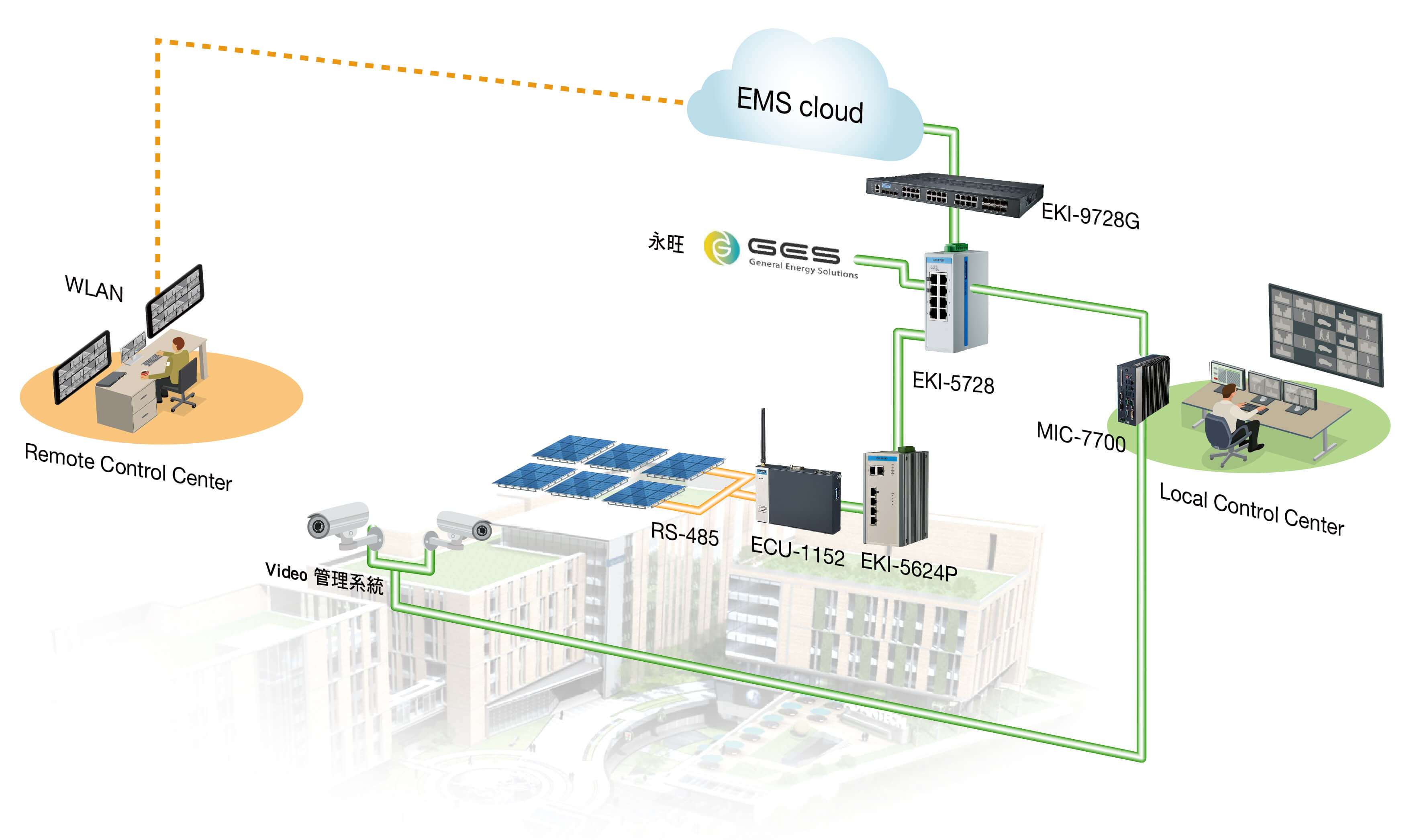 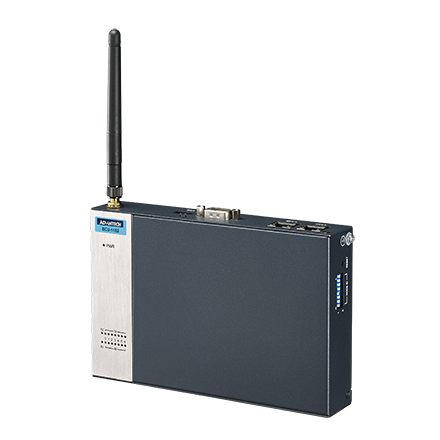 The ECU-1152 was a MODBUS RTU to TCP gateway that solved any issues with communication protocols and also provided Wi-Fi and 4G connectivity for wired and wireless on site data transmission. With the multi-function gateway in place, energy data could be easily collected and transferred for monitoring and analysis. 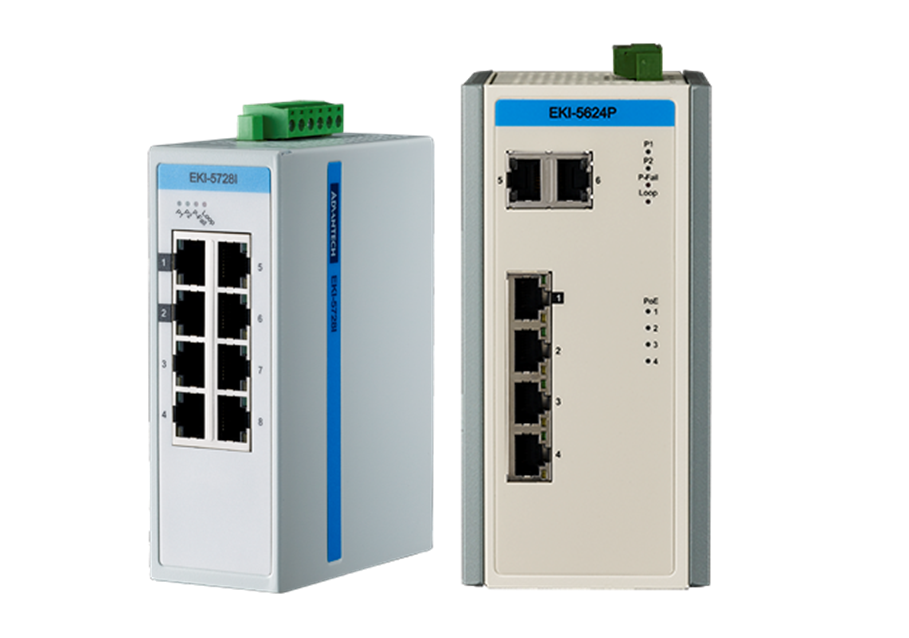 Interconnectivity between the roof and the control center: EKI-5624 and EKI-5728 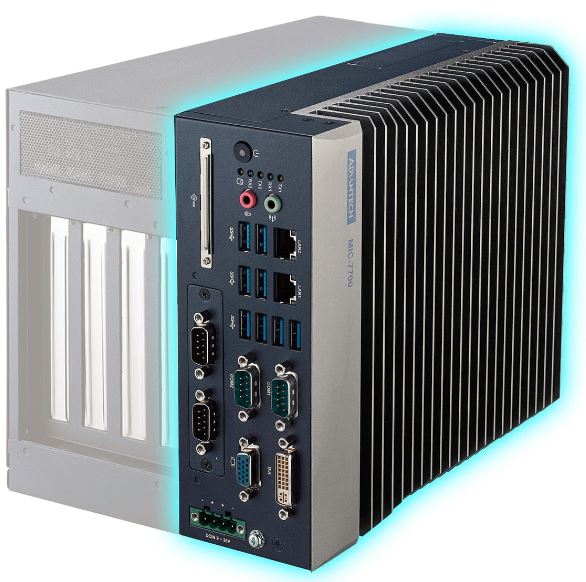 As distributed solar power generation farms increasingly enter the energy mainstream, managers face growing difficulties in monitoring generators and other equipment. Intelligent management practices play a crucial role in the overall performance of energy monitoring systems. In this case, successful cooperation between GES and Advantech can now be applied to other solar power projects and cases, both in China and abroad. Harnessing the power of IoT technology for remote monitoring and control, GES and Advantech helps managers improve decision making and operational efficiency.